As promised, today I’m going to show you how to prepare a very useful oil-based varnish for all kinds of wood and wood by-products, outdoors and indoors. I also it use on musical instruments. I’m going to prepare two compounds. The first one, which we’ll use as base, will have a liquid consistency, whereas the second one, which we’ll use as finish, will contain a little carnauba wax making it thicker.

I will use a blend of oils and essences to prepare it. Our mixture should be made with only pure, natural products, not the chemically processed ones that you will find in drug stores, mixed with metals and other substances. Click here for a link where you can find them. 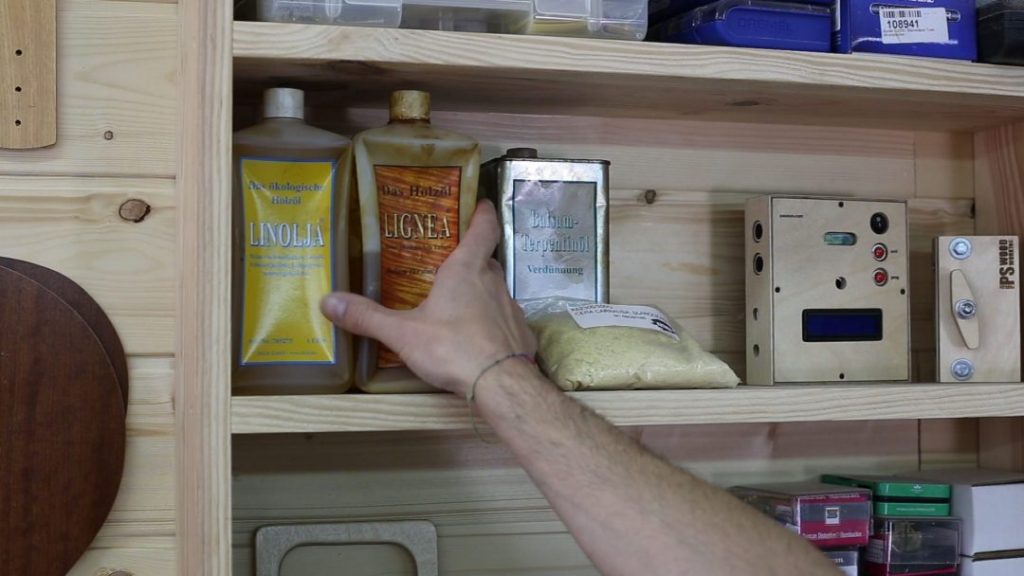 The first ingredient is tung oil. This oil is obtained from the seeds of the Chinese tree it’s named after. When applied on wood, it not only protects the wood, it also hardens when it’s absorbed creating a waterproof layer.

These products must be mixed at about 45 degrees Celsius to obtain a homogeneous mixture. Once the temperature has been reached, we pour it into the bottles according to the ratios on the mixture chart. 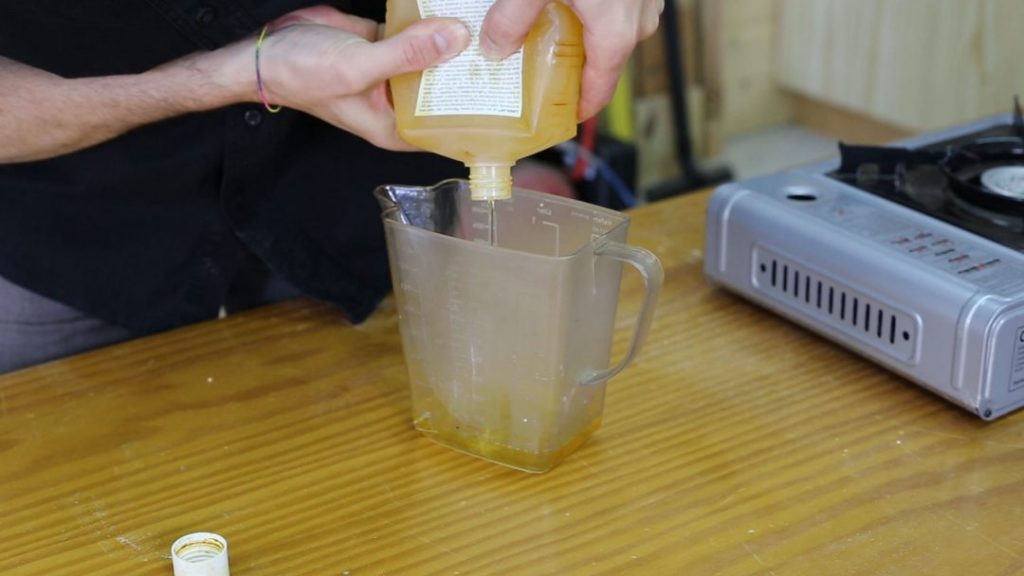 Next up is Linseed oil. This oil, obtained from the seeds of the flax plant, protects wood against humidity, insects, fungi, and UV light. The resulting mixture of these two oils will be the base of our varnish, making up 50% of the compound. At this point, I will mark the bottles to distinguish them. 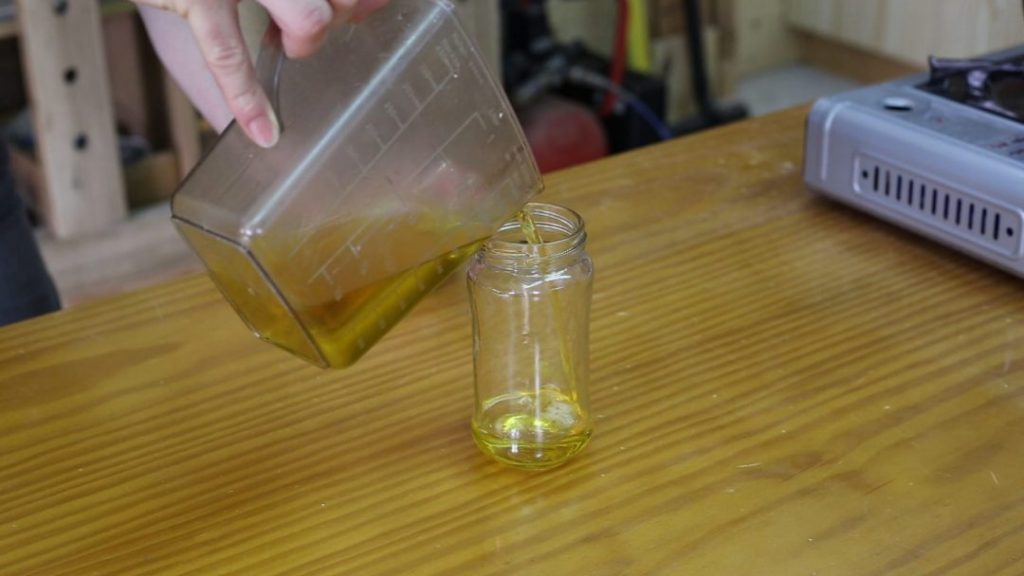 The next ingredients are orange essence, which makes it easier for the blend to penetrate wood; camellia oil, known for its magnificent antioxidant and aromatizing properties, and turpentine essence, which will be used as thinner.

I’m going to heat up these three components together to 45 degrees celsius using a water-bath, since these substances are quite volatile. We must be careful not to exceed this temperature or the mixture could dry. 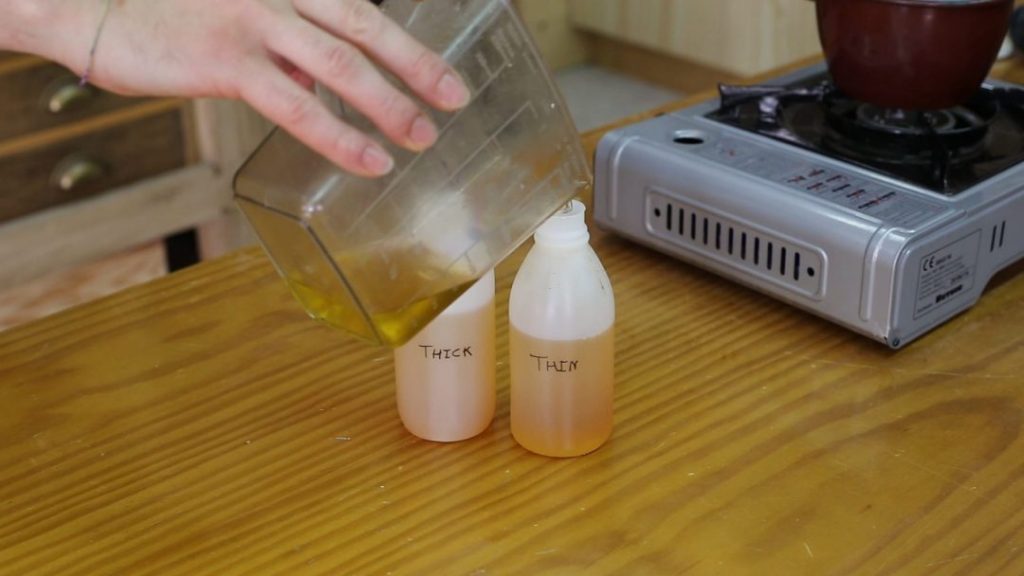 Once the temperature has been reached, we will fill up the bottles according to the ratios on the mixture chart. We won’t fill the bottle with the thick mixture all the way up to leave room for the wax. We shake the thin mixture vigorously and it’s finished, so we can put it aside for now. 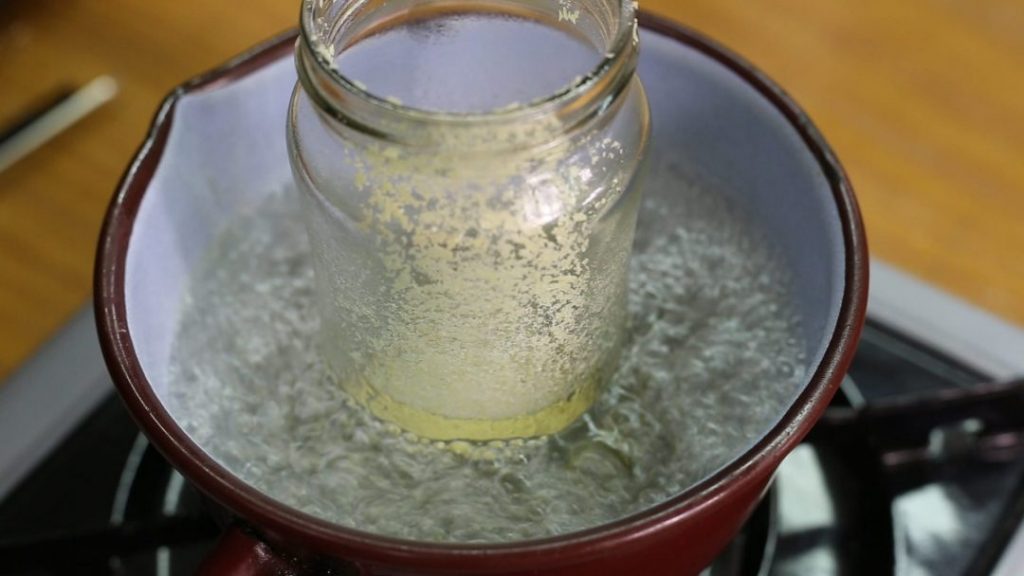 We’ll finish the other compound with carnauba wax. This product, obtained from the leaves of a palm tree that grows northeastern Brazil, is known for its gloss and wear resistence, much higher than that of beeswax.

Its melting point is 78 to 85 degrees celsius. Using this flame, dissolving the wax takes about 8 minutes. We add it to the compound and shake the mixture vigorously. If lumps appear, we can put the bottles in the microwave for about 30 seconds and shake again. 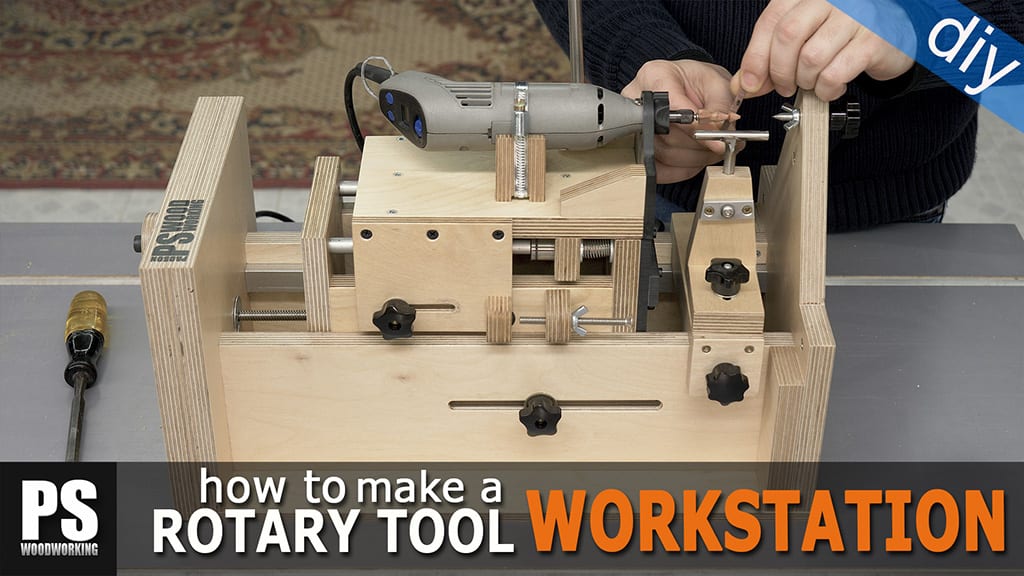 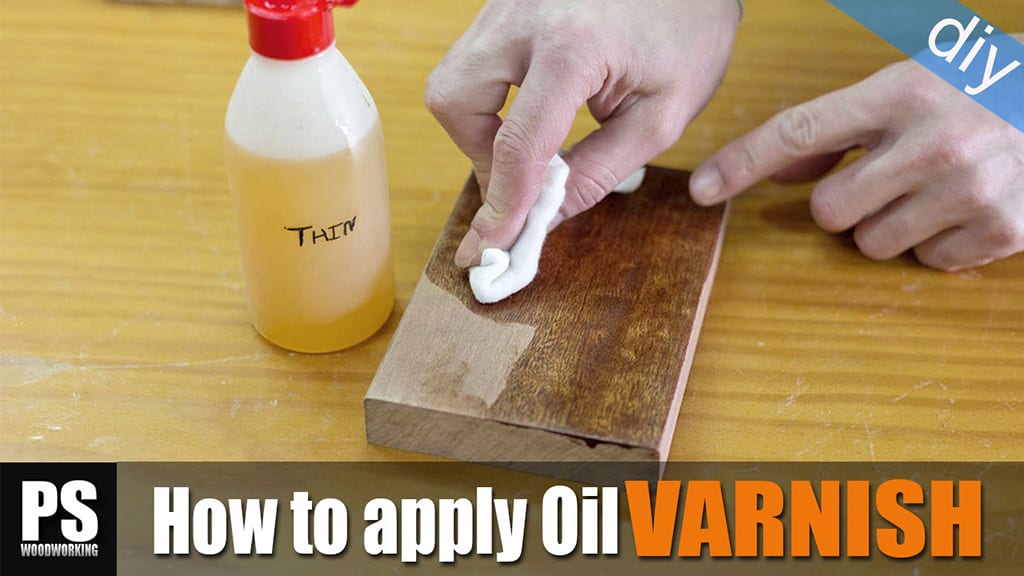 How to apply an Oil-Based Varnish

Why should I build my own tools? 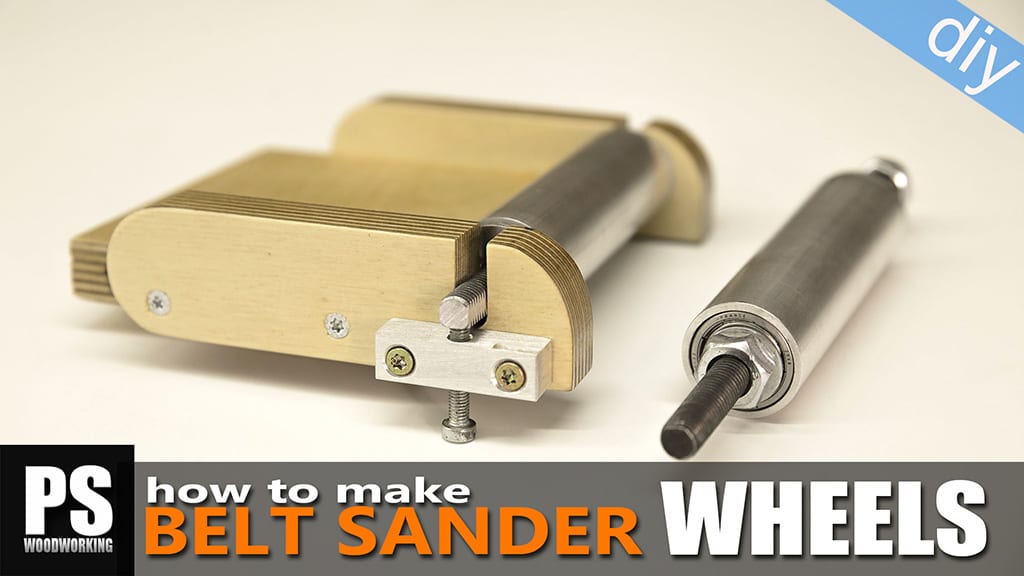 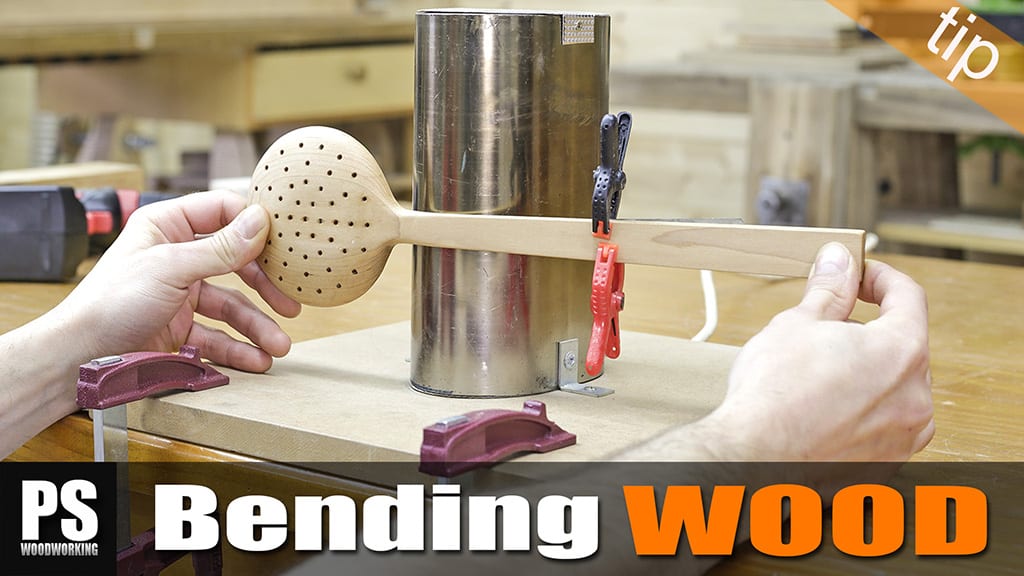 Bending wood with a Bending Iron 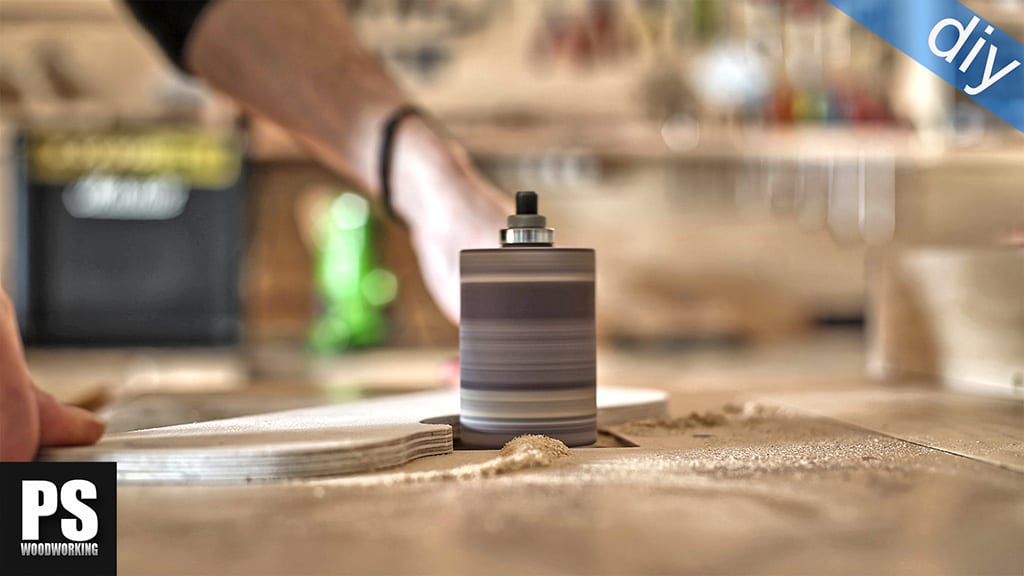